Now that high school is over, Ari is dying to move to the big city with his ultra-hip band―if he can just persuade his dad to let him quit his job at their struggling family bakery. Though he loved working there as a kid, Ari cannot fathom a life wasting away over rising dough and hot ovens. But while interviewing candidates for his replacement, Ari meets Hector, an easygoing guy who loves baking as much as Ari wants to escape it. As they become closer over batches of bread, love is ready to bloom. That is, if Ari doesn’t ruin everything.

A collection of the first half of the megapopular webcomic series of the same name, Check, Please!: #Hockey is the first book of a hilarious and stirring two-volume coming-of-age story about hockey, bros, and trying to find yourself during the best four years of your life.

Sixteen-year-old Marigold "Goldie" Vance has an insatiable curiosity. She lives at a Florida resort with her dad, who manages the place, and it's her dream to one day be the hotel's in-house detective. When Walter, the current detective, encounters a case he can't crack, together they utilize her smarts, skills, and connections to solve the mystery...even if it means getting into a drag race, solving puzzles, or chasing a helicopter to do it!

I Am Alfonso Jones

Alfonso Jones can’t wait to play the role of Hamlet in his school’s hip-hop rendition of the classic Shakespearean play. He also wants to let his best friend, Danetta, know how he really feels about her. But as he is buying his first suit, an off-duty police officer mistakes a clothes hanger for a gun, and he shoots Alfonso. When Alfonso wakes up in the afterlife, he’s on a ghost train guided by well-known victims of police shootings, who teach him what he needs to know about this subterranean spiritual world. Meanwhile, Alfonso’s family and friends struggle with their grief and seek justice for Alfonso in the streets. As they confront their new realities, both Alfonso and those he loves realize the work that lies ahead in the fight for justice. In the first graphic novel for young readers to focus on police brutality and the Black Lives Matter movement, as in Hamlet, the dead shall speak—and the living yield even more surprises.

Ebo is alone. His sister left months ago. Now his brother has disappeared too, and Ebo knows it can only be to make the hazardous journey to Europe. Ebo's epic journey takes him across the Sahara Desert to the dangerous streets of Tripoli, and finally out to the merciless sea. But with every step he holds on to his hope for a new life, and a reunion with his sister.

Laura Dean Keeps Breaking Up With Me

Laura Dean, the most popular girl in high school, was Frederica Riley's dream girl: charming, confident, and SO cute. There's just one problem: Laura Dean is maybe not the greatest girlfriend. Reeling from her latest break up, Freddy's best friend, Doodle, introduces her to the Seek-Her, a mysterious medium, who leaves Freddy some cryptic parting words: break up with her. But Laura Dean keeps coming back, and as their relationship spirals further out of her control, Freddy has to wonder if it's really Laura Dean that's the problem. Maybe it's Freddy, who is rapidly losing her friends, including Doodle, who needs her now more than ever. Fortunately for Freddy, there are new friends, and the insight of advice columnists like Anna Vice to help her through being a teenager in love.

An epic graphic novel about a girl who travels to the ends of the universe to find a long lost love, from acclaimed author Tillie Walden. Throughout the deepest reaches of space, a crew rebuilds beautiful and broken-down structures, painstakingly putting the past together. As Mia gets to know her team, the story flashes back to her pivotal year in boarding school, where she fell in love with a mysterious new student. When Mia grows close to her new friends, she reveals her true purpose for joining their ship—to track down her long-lost love.

When a tragic accident takes the life of 17-year-old Raven Roth's foster mom—and Raven's memory—she moves to New Orleans to recover and finish her senior year of high school. Starting over isn't easy. Raven remembers everyday stuff like how to solve math equations and make pasta, but she can't remember her favorite song or who she was before the accident. And when impossible things start happening, Raven begins to think it might even be better not to know who she was before. But as she grows closer to her new friends, her foster sister, Max, and Tommy Torres, a guy who accepts her for who she is now, Raven has to decide if she's ready to face what's buried in the past... and the darkness building inside her.

The world fell in love with her in Marvel’s Black Panther. Now, T’Challa’s techno-genius sister launches her own adventures — written by best-selling Afrofuturist author Nnedi Okorafor and drawn by Eisner Award-nominated artist Leonardo Romero. T’Challa has disappeared, and everyone is looking at the next in line for the throne. Wakanda expects Shuri to take on the mantle of Black Panther once more and lead their great nation — but she’s happiest in a lab, surrounded by her own inventions. She’d rather be testing gauntlets than throwing them down! So it’s time for Shuri to go rescue her brother yet again — with a little help from Storm, Rocket Raccoon and Groot, of course! But when her outer-space adventure puts the entire cultural history of her continent at risk from an energy-sapping alien threat, can Shuri and Iron Man save Africa?

"Speak up for yourself-we want to know what you have to say." From the first moment of her freshman year at Merryweather High, Melinda knows this is a big fat lie, part of the nonsense of high school. She is friendless--an outcast--because she busted an end-of-summer party by calling the cops, so now nobody will talk to her, let alone listen to her. Through her work on an art project, she is finally able to face what really happened that night: She was raped by an upperclassman, a guy who still attends Merryweather and is still a threat to her.

Miles Morales is hitting the big time! Not only is he joining the Marvel Universe, but he's also a card-carrying Avenger, rubbing shoulders with the likes of Iron Man, Thor and Captain America! And he'll soon be a media sensation in this All-New, All-Different New York! One thing's the same, though: non-stop action! Like when Earth's Mightiest heroes all fall, and Miles stands alone against a villain with the power to destroy the universe. Or when the Black Cat tries to get her claws in this new Spider-Man. Or when a new mutant threatens to grab the spotlight! And don't forget Miles' toughest foe yet: his grandmother! But his grades might be the ultimate challenge -- maybe a study session (date?) with Ms. Marvel would help? Welcome to the neighborhood, Spider-Man -- hope it's friendly!

Nobody's ever really explained the Spill. Was it an angelic visitation? A nanotech accident? A porthole opening from another world? Whatever it was, no one's allowed in the Spill Zone these days except government scientists and hazmat teams. But a few intrepid explorers know how to sneak through the patrols and steer clear of the dangers inside the Zone. Addison Merrick is one such explorer, dedicated to finding out what happened that night and to unraveling the events that took her parents and left her little sister mute and disconnected from the world.

The sons of Batman and Superman have graduated to their own monthly comic-but if they want to survive, they’re going to have to share it! Writer Peter J. Tomasi (Batman & Robin, Superman) teams with rising-star artist Jorge Jimenez (Earth 2) to bring you the adventures of the World’s Smallest. This debut issue looks at the lives of Robin and Superboy and their destiny to follow in their fathers’ footsteps, while we meet a new villain whose ascension parallels the boys’ own understanding of their powers-except that he believes it’s his right to rule over every being on the planet.

The rockin' debut featuring the battle of friendship vs. fame, with a few special guests along the way! Follow Archie's quest to make his songwriting dreams a reality, and see how the rock 'n' roll dream affects the lives of the band! Features a special cameo from indie-pop trio CHVRCHES! Collects The Archies one-shot and issues #1 - #3 of the ongoing series.

The Prince and the Dressmaker

Prince Sebastian is looking for a bride―or rather, his parents are looking for one for him. Sebastian is too busy hiding his secret life from everyone. At night he puts on daring dresses and takes Paris by storm as the fabulous Lady Crystallia―the hottest fashion icon in the world capital of fashion! Sebastian’s secret weapon (and best friend) is the brilliant dressmaker Frances―one of only two people who know the truth: sometimes this boy wears dresses. But Frances dreams of greatness, and being someone’s secret weapon means being a secret. Forever. How long can Frances defer her dreams to protect a friend? Jen Wang weaves an exuberantly romantic tale of identity, young love, art, and family. A fairy tale for any age, The Prince and the Dressmaker will steal your heart. 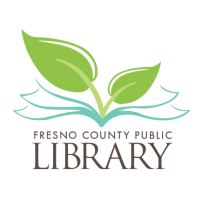